Why Rising Techs of China are Threat to the US Economy?

A tirade of allegations has been seen by the US government and Mr. Trump that rising China is a threat to their national security. However, no one realized earlier the mounting capabilities of China in 5G technology have other repercussions too. Last Thursday, Attorney General of the US, Mr. William P. Barr apprised that China will hit the US in the economic arena too.

He is of the view that the threat of China-backed companies like Huawei and ZTE will be poisonous for the US economy. The repercussions of losing the tag of the technology giant to China will be felt soon by the US. Companies like Huawei and ZTE are leading the way of the world towards the valley of 5G. These companies together own at least 40 percent of the market share of the 5G technology. With this colossal share, they will own a mammoth share in the industrial arena as well as in creating jobs. Together, these companies will earn trillions of dollars which will be the unfathomable loss for the US economy. This will be the first time since the years that the US will not be the global leader in any technology-related industry. Since the fall of the USSR, the US has remained a global leader in almost every sphere of life. They have controlled the breathing veins of the whole globe without any competitor. This glory of the US is at stake and it is highly likely that China will be the next big thing in the world with its stronghold on 5G technology.

This is not all, once China commences controlling the world through its charismatic 5G pieces of equipment, it will pose a somber threat to the US national security. Already, many US intelligence officials are convinced that the hegemony of the US on the global security is on the wane. Once the hegemony on global security is weakened, the US will lose another battle from rising China. China has already replaced the US as the largest trading partner in multiple markets that include Africa, Asia, and South America. China is the second-largest trading partner in multiple countries of Europe.

Why does the US reach at this point even after imposing severe restrictions on Chinese companies? Since the trade war started, the Trump administration did not come with a clear strategy. Their approach towards the ZTE and Huawei has been inconsistent. They put the restriction on the use of processing chips that were provided by the US to Huawei. Later on, on the saying of the defense department, Trump administration abolished this rule because it might have left a negative impact on the overall sale of American processing chips. Why bending your knees in front of your rival when it is to injure your economy in the long run. Last summer, Trump said that Huawei was a great threat to the US but soon after he eased the sanctions on Huawei during his trade agreement with Xi Jinping. Trump also eased the restriction on ZTE in 2018 which violated the US’s sanctions on North Korea and Iran by trading with them and by providing them with their technical assistance in multiple projects.

Why Trump has to bow down before China in the field of 5G? It is imminent that Chinese owned companies like Huawei and ZTE will decide the future of the world in 5G technology because the closest of the allies of the US are signing agreements with Huawei and ZTE. Let’s take an example of the UK which is one of the closest allies of the US. Last month they penned down an agreement with Huawei regarding 5G technology. On asking, they replied that they did it only in the field of wireless technology which would not pose a threat to their national security. Moreover, with too many consolidations and intermingling of the previous technology agreements; there were not many competitors available in the market. Therefore, they had to agree to this agreement. Whatsoever the reason, it is a naked truth that China is the rising giant in the field of 5G and the US has to admit it. If there is any way to impede this speedy progress of China, the US has to come with a substitute to show to the world and its allies. This is the only way to save the US economy’s loss. 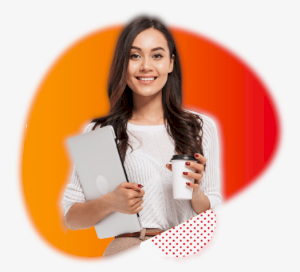 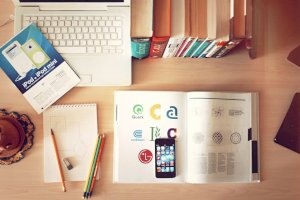